I’ll be honest. It’s not quite as fast as I made it sound. But … it can still be done in an amazingly short period of time.

What Is A Limiting  Belief?

A limiting belief is a simple statement that puts restraints on your ability to expand and explore beyond what you know. Rarely are limiting beliefs convoluted or complex.

Limiting beliefs are usually one or two sentences that shut the door to the world of possibilities.

Nobody ever notices me. Nobody is interested in what I have to share. I can’t be wealthy. Wealth is bad. Being beautiful is dangerous. Love is painful. Life is difficult and full of pain. I am worthless. I am incompetent. I will never succeed.

Once you find these little gems that create such suffering and despair, there are a slew of ways to decrease their power and made them into nothing but silly ideas you used to have.

You can approach this problem from many angles. But here I’m going to talk about just one of them from the world of NLP or Neuro-Linguistic Programming.

NLP is exquisite at rearranging a limiting thought pattern by challenging the unseen foundation it’s resting on.

The Foundation Supporting A Limiting Belief

In the world of NLP, the answer is the way the words are put together, or the way the belief is structured in language.

Dr. Milton Erickson, a pioneer in the elegant utilization of waking hypnosis, postulated that healing was simply a re-association of experience. That means you can change the way a person perceives or feels about something by reorganizing the way that experience is coded, or held together, in their unconscious mind.

In the world of language, the most elegant avenue to accomplishing this reorganization is to identify and then lovingly and gently challenge the presupposition on which it is resting.

What Is A Presupposition?

It’s the most powerful aspect of language. It usually lives outside the individual’s conscious awareness, resting just on the outskirts, placing itself carefully out of view. And thi

s is why you
want to give it your attention.

In addition to most presuppositions living outside awareness, they are also assumed to be true. They are rarely questioned or examined for proof of this assumed truth. So they simply color or taint anything under their influence.

It’s like a pyramid turned upside down. The presupposition is on the bottom and everything on top of it is under its influence. This creates a way of perceiving that feels truthful. And it is this feeling of truthfulness that creates the limitation or the expansion.

How to find presuppositions.

Identify in the following sentence what has to be true for the sentence to make sense.

The unicorn loves to eat the roses in the Master Librarian’s Garden.

If you don’t believe in unicorns, or you do, but argue the point of them liking roses, there is a problem with your accepting the truthfulness of this sentence. If you believe in unicorns and that they eat roses, but don’t believe there is such a person as a Master Librarian, or that Librarians have gardens, then again you will take exception to the statement as reflecting truth.

What appears as blind acceptance of something you think is patently silly is the result of unexamined presuppositions resting at the root of the perceived problem. Identify the unexplored presupposition. Then determine where it can be proven false, and you have begun the process of deconstructing the limiting belief system.

By helping your client explore the existing notion for accuracy based in experience, you start the process of reorganizing the way they’ve been holding that experience in their unconscious mind. In addition, you start to expand their awareness of the difference between beliefs and truth.

If you get burned in a relationship, the tendency of the unconscious mind is to generalize this experience out to all relationships. This is not a useful generalization and will greatly limit your relationship experience. 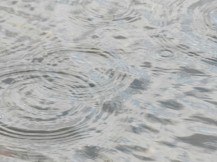 It’s also useful to remember that we humans form beliefs because most often, we can’t know the truth.  And for something to be truly a truth, it would have to be universally verifiable by everyone.

A belief or relative truth only needs to be true for the person who carries it. And if that truth doesn’t coincide with the larger reality, it can either limit or expand that individual’s personal reality.

For more information on how to work with presuppositions, please CLICK HERE for details on my upcoming workshop Confusing The Truth With Beliefs.

Meanwhile, may your unconscious mind fill with consciously determined and expansive presuppositions that value your ability and commitment to being the best you can be.

From My Heart To Yours,

This site uses Akismet to reduce spam. Learn how your comment data is processed.

★FREE VIDEO★ Transforming Problems → Into Solutions – Learn a powerful detail that you’ll be glad you have.  AND …  taste what my ON-LINE VIDEO TRAININGS are like & whether you will enjoy our working together to ACTIVATE even more of your previous training into exquisite SKILL and FABULOUS REFERRALS.

All on-line video trainings are hosted at my on-line NLP Boot Camp For Coaches & Hypnotherapists located at Thinkific.com. CLICK HERE to peruse available courses. Or, CLICK on the course you're interested in above & be directed to a page with more details about course content, how it will benefit your success, and why now might just be your time to jump in and join me.

Discover how easy it is to enroll in a training or schedule mentoring or consulting time from anywhere in the world. Click > Schedule Your Hang Out with Ragini Today