Did you know that a limiting belief only becomes truly powerful when you feel it in your body  as a truth?

You see, it is the amount of emotional charge attached to a belief, regardless of whether the belief is limiting or empowering, that changes it from just an idea into the feeling  or experience of it as a truthful statement or accurate assessment.

Imagine one of your undesirable beliefs with a big suitcase attached to it. And imagine that suitcase is filled with a ton of feelings that make the suitcase very heavy and painful to carry around.

Now pull up an empowering belief that you also feel in your body  is a truth. As you feel that truth, imagine a similar suitcase attached to it. And notice that this one is also filled with a ton of feelings. But the difference is that this suitcase feels very light and affects you more like a helium balloon that lifts you up and gives a bounce to your step.

In the case of the problematic limiting belief, you may be clear intellectually that the belief is not the truth; but despite that knowledge, it continues to feel like ‘truth’ in your body. And this ‘truth’ dictates how you perceive, and thus, react, to whatever situation you’re facing – and your possibilities within it.

For example, think of a time when you stood in front of someone you thought was totally 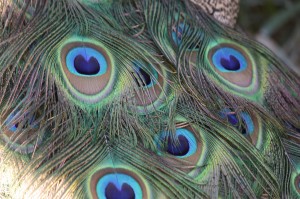 gorgeous or drop dead handsome, so much so that you knew with stunning clarity that you were out of your league.

Remember your reaction? How you felt yourself shrinking or trying to hide? The awful feeling of knowing there was no hope of anything happening here? Did you feel embarrassed or start stumbling over your words with shyness?

What is the key to changing this kind of painful predicament and its hurtful consequences arising from the limiting belief thought to be a truth? It’s much easier than you might think.

Release the emotional charge filling the notion that there is a league to which you can never belong, and you release the feeling of truthfulness in your body. The belief you thought was the truth will simply become an idea you used to believe was true.

The oldest and most natural way to do this you already know. And it is so easy to do when you’re already caught in the trap.

Just place the palm of your hand over your forehead and then wallow in your limiting belief. Don’t try and change it. Just consciously  wallow in it as it is.

Really try to make the unpleasant feelings in your body even stronger. It may seem counter-intuitive, but your hand placed over your forehead will disrupt the neural coding in your brain holding the limiting belief in place. This will start to trigger the release of the emotional charge.

As this happens, you’ll notice your body starting to feel different. When it’s hard to get the negative thoughts and images to stir up the unpleasant feelings in your body, you’ll know you have 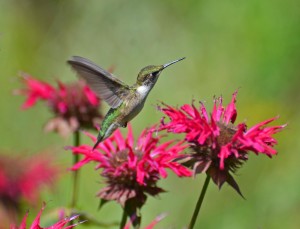 reduced the emotional charge. Then, check it out.

Does the limiting belief still feel true? You’ll find that it does not! And what a relief and joy that is!

All because you had the courage and wisdom to turn around, face the unpleasant sensations in your body and consciously  wallow in them remembering to disrupt the neural patterning through the simple addition of your hand on your forehead.

It’s called stress release and it really does work. But you really have to wallow quite consciously. Give it your all and what you get back will delight you.

It’s amazing, magical, and very, very practical. Give it a try next time you feel stalked by a limiting idea that feels like a statement of truth. Freedom is in the palm of your hand, just awaiting your courage to lift it to your brow and dive in.

One thought on “Know How To Quickly Deplete The Power Of Limiting Beliefs?”

This site uses Akismet to reduce spam. Learn how your comment data is processed.

★FREE VIDEO★ Transforming Problems → Into Solutions – Learn a powerful detail that you’ll be glad you have.  AND …  taste what my ON-LINE VIDEO TRAININGS are like & whether you will enjoy our working together to ACTIVATE even more of your previous training into exquisite SKILL and FABULOUS REFERRALS.

All on-line video trainings are hosted at my on-line NLP Boot Camp For Coaches & Hypnotherapists located at Thinkific.com. CLICK HERE to peruse available courses. Or, CLICK on the course you're interested in above & be directed to a page with more details about course content, how it will benefit your success, and why now might just be your time to jump in and join me.

Discover how easy it is to enroll in a training or schedule mentoring or consulting time from anywhere in the world. Click > Schedule Your Hang Out with Ragini Today